On September 4, 2017, the results of Spirits Selection 2017 by Concours Mondial de Bruxelles, which is one of the top Spirits Selection in Belgium, were published. Chinese wine enterprises came back with great reputation. The product of Jiangji Distillery, which is a sorghum spirits( Gaoliang liquor) enterprise in Chongqing, stood out from more than thousands of products. From dozens of countries around the world, among which “Jiangxiaobai S 300 or Se.300” and “Jiangxiaobai JOYOUTH” won the gold medal, “DANCHUN GAOLIANG” the silver medal, and became the biggest winner of this international competition. 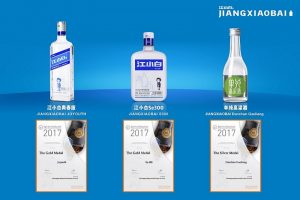 Spirits Selection by Concours Mondial de Bruxelles, born in 1999, is one of the largest-scale international spirits competitions with the largest scale, with the most finest, the most professional. The competition jury is composed of top sommeliers from star hotels and bars, winery owners and winemakers, professional wine commentators and so on. All the competition information is strictly confidential in order to reflects the fairness and justice. The judges give score by Blind Tasting to in case that the judges from being influenced by the interested parties. The competition results are monitored and certified by the Government of the Kingdom of Belgium and the European Union. After the competition, the EU will check the sample randomly and unpredictably in the market to verify whether the award-winning spirits is consistent with the market-selling spirits, to avoid human error and cheating. The medal of Spirits Selection by Concours Mondial de Bruxelles means that the product has got the world-class quality recognition and is one of the highest honors in the spirits industry. 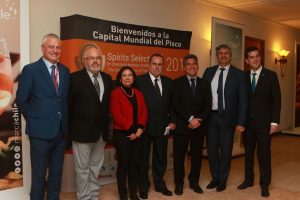 On August 22nd-24th, 2017, Spirits Selection by Concours Mondial de Bruxelles was held in La Serena, a famous cultural city in Chile. Sixty-six judges who come from 22 countries all over the world critically tasted and evaluated 1,140 types of spirits from 54 countries. From the perspective of award-winning brands, our previous inertial thinking of “famous spirit enterprises are bound to win the award” was greatly subverted. No matter of winery scale and brand fame, the color, scent and taste of the spirit and other comprehensive experiences are critical factors in this competition.

It is known that Jiangji Distillery’s “Jiangxiaobai S 300” and “Jiangxiaobai JOYOUTH” and “DANCHUN GAOLIANG” are Chongqing Sorghum Liquor with light taste. Since the advent of the product, its “Light, Smooth, Pure Taste and Faint Scent” has been very popular among numerous consumers. Famous wine master, Zeng Zuxun tasted Jiangxiaobai’s spirits and then evaluated them with “elegant scent, properly distilled grain, mellow and sweet taste, harmonious and clear impression, and typical style.”

Jiangji Distillery’s general engineer and national spirit jury, Li Jun heard about the award results and then told the reporter that “On one hand, Jiangji Distillery inherits the essence of the traditional sorghum wine process, on the other, the winery brews a new sorghum wine with smooth, light and pure flavor. It won the gold medal of Brussels Wine & Spirit Competition this time, which is an affirmation to our inheritance and innovation.”